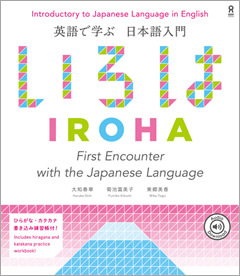 Audio Download for PCs
Script for the audio files

Part 1 Let's give it a try! What kind of language is Japanese?

Part 2 Let's learn! The rules of the Japanese language